Last week, the Anchorage Daily News’ Alaska Newsreader blog reported on a story from the Huffington Post’s The Daily Beast blog that ranked Alaska second in failing to properly feed its people. The story used data from a new USDA survey on household food security in 2008, where Alaska was ranked in the middle of the pack, but it re-ranked the states based on the household food security rankings combined with statewide income and access to programs (including bureaucratic issues) that feed the hungry. By the way, Colorado had the dubious No. 1 ranking. The Juneau Empire ran an editorial from the Washington Post about the USDA survey that compared food insecurity vs. hunger.

The University of Alaska Fairbanks School of Natural Resources and Agricultural Science blog reported on a food security meeting in Fairbanks earlier this month hosted by the Sustainable Community Action Network for Fairbanks (SCANFairbanks, site hasn’t been updated in more than a year). The UAF SNRAS blog article mentioned food security projects from around the state, including work being done by the Sitka Local Foods Network. The Fairbanks Community Cooperative Market blog also had an article about the meeting.

The food security issue has been around for awhile. Earlier this year, the Alaska Food Coalition reported on Alaska’s Hungriest Communities. More than a year ago, back when Sarah Palin still was governor, Kim Sollien of the Alaska Trust Food Network (and Chickaloon Tribe) wrote an open letter to then-Gov. Palin detailing Alaska’s food security problems. While the letter is more than a year old, many of the issues still exist. Last year, the Christian Science Monitor ran an article about Alaska’s food challenges and how new farmers are coming online.

In other local foods news this week, the Tundra Drums reported that a teacher from the Kuskokwim River village of Quinhagak is receiving a $10,000 grant from former talk show host Jenny Jones’ foundation to build a community greenhouse.

Laine Welch’s Alaska Fisheries column this week discussed how more halibut this year was consumed in homes instead of restaurants.

The Fairbanks Daily News-Miner reported on a problem moose hunters in the Interior have been having with Tanana Valley Meats being overloaded so it’s taking too long to process the meat, processed meat returns have been light and some meat has been rancid.

Finally, the Alaska Dispatch reported on a KTVA-TV story about Permafrost Alaska Vodka, which is made by Glacier Creek Distillery and uses potatoes grown in the Mat-Su valleys, earning a top ranking from the Beverage Tasting Institute of Chicago.

Do you support the local foods movement in Sitka? We are recruiting new board members and volunteers for 2020. Click the photo to learn more about us, or attend our next board meeting at 5:30 p.m. on Wednesday, June 10, using Zoom online meetings. 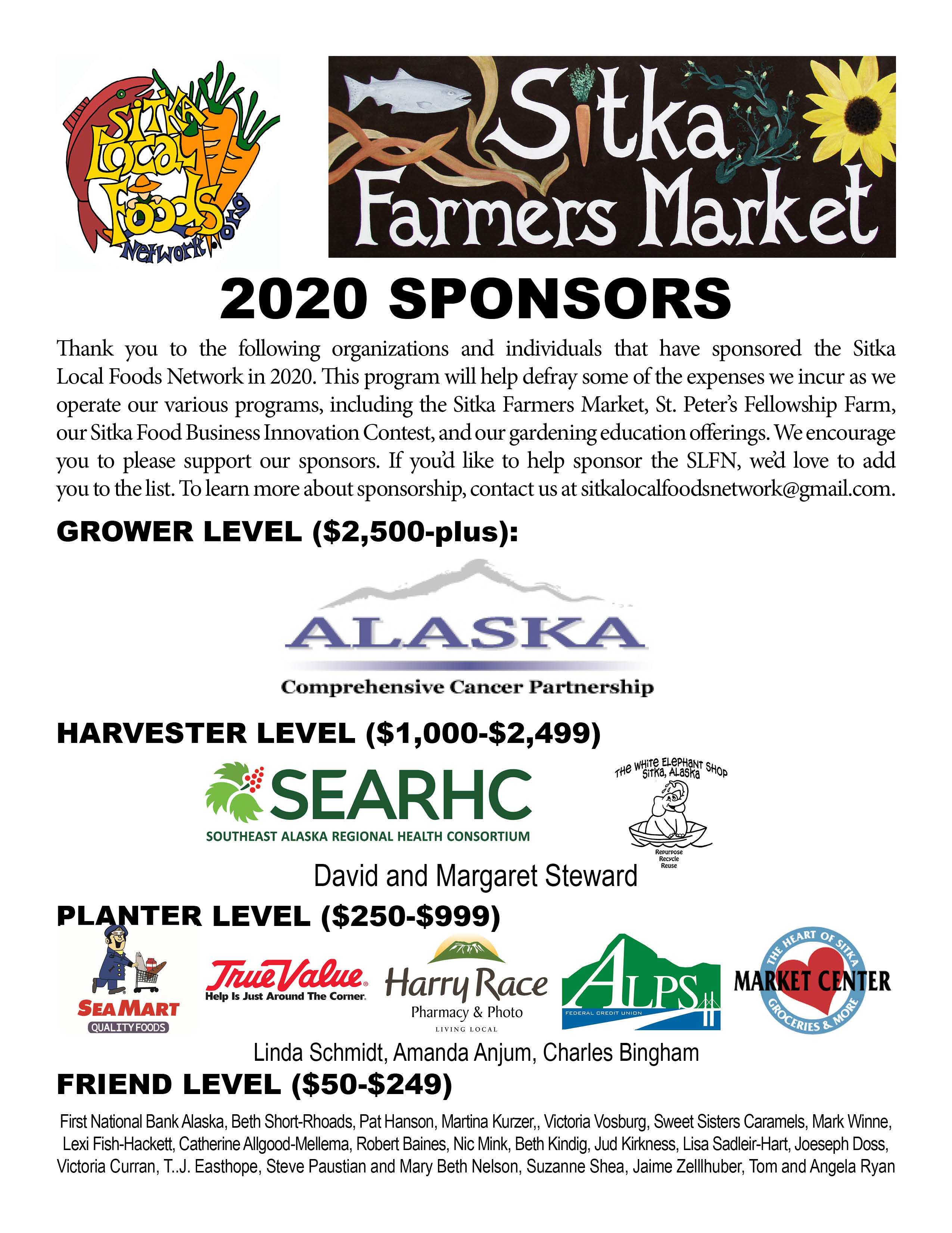